Perched on tree stumps, floating on water, hidden in the reeds – artist Katie Murken’s painted gourds were scattered across the  land at the Schuylkill Center in 2007. Debtor’s Inheritance was created as part of Green Machine, a multi-media exhibition on our grounds. The project was formed in collaboration with P’unk Ave, a Philadelphia based design studio with a focus on non-profit organizations, that helped Murken create her site specific and interactive work at the Schuylkill Center.

Murken described the Schuylkill Center as a place that exemplifies habitat that was once native to this region, but as a space that is still infringed upon by surrounding roadways, urban dwellings, and commercial and industrial spaces of the city. “The air, even, that pervades its empty spaces and is consumed by its organisms is manufactured by the city. In symbiosis, the fumes that we exhale are drawn in by this land.” Murken goes on to say the Schuylkill Center is visited by city dwellers as a familiar, but distant friend.

Debtor’s Inheritance aimed to visualize our conflicting relationship to the natural world. It invited viewers to consider the inverse of this scenario— a vast, wild and uninhabited landscape. Murken described Wind Dance Pond at the Schuylkill Center as being hugged by the hillsides, appearing as a bowl of water within a bowl of land. Murken took inspiration from these configurations and extrapolated and rescaled the form of the bowl. The artist used dried and hollowed gourds to convey this idea; the gourds were cut, shaped, painted, and piled together to create an installation to float on the surface of Wind Dance Pond.

Gourds also were scattered around the pond and placed throughout the Schuylkill Center, such as lining paths, set between tree limbs, and dispersed in streams. During the exhibition, visitors exploring the grounds of the Center encountered a series of stations demarcated by site-specific arrangements of the gourds. At each station, the gourds prompted participants to use their cellphones to initiate a series of narrative text-messages, a system setup with the help of P’unk Ave. The messages layered local history and ecology with residual dialogue from project collaborators. 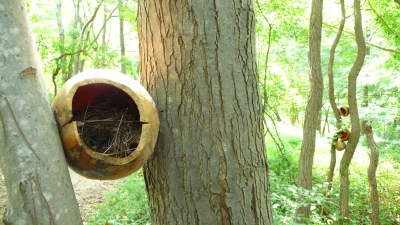 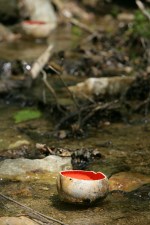 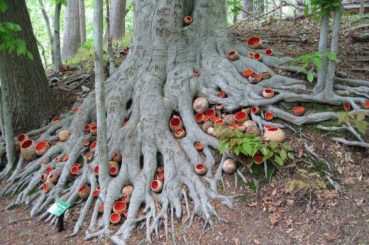 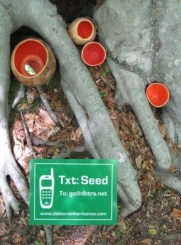 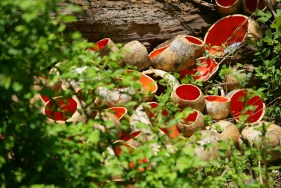 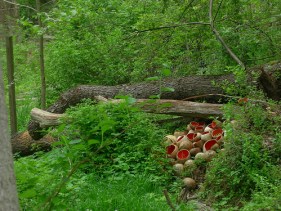 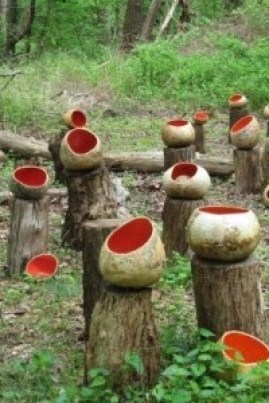 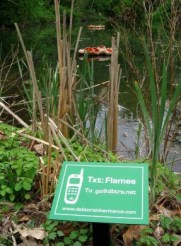 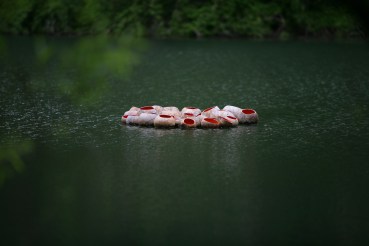