The Nature of the Holiday Season - Schuylkill Center for Environmental Education 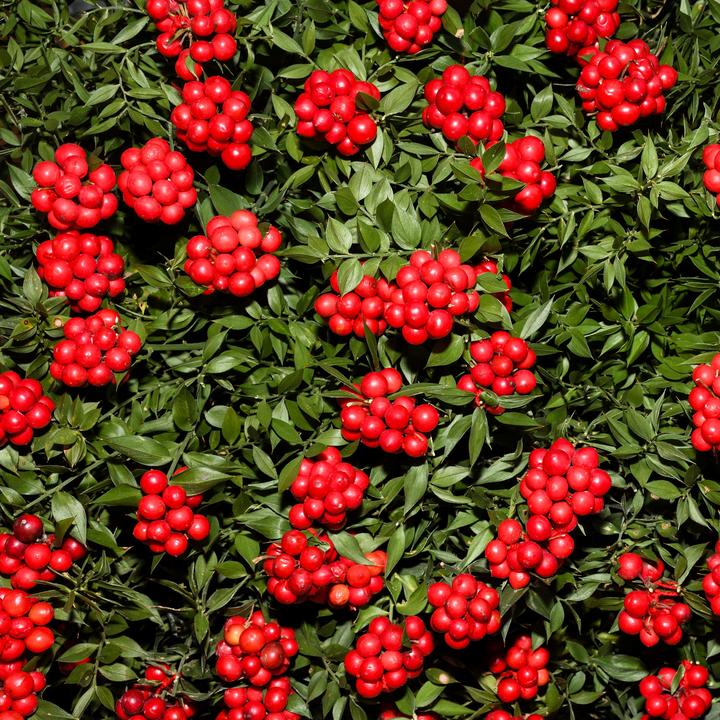 Winterberry holly, a native holly whose bright red berries feed many birds throughout the winter, and one of the many symbols of the season.

Winter formally arrives at 10:58 a.m. on Tuesday, December 21, that moment we call the winter solstice, both the shortest day and longest night of the year. Our staff– like thousands of generations of humans before us– will gather around a fire to mark that exact moment.

Still, for a naturalist like me, one of the pleasures of the holiday season is that we decorate homes and offices with innumerable nods to nature: evergreen boughs and trees, reindeer, snow, mistletoe, holly. Few holidays (save Easter, maybe) borrow so many symbols from nature. Ever wonder why?

Go back thousands of years to a time when there was little, if any, science, and everyone saw nature seeming to die around them—trees losing leaves, bushes bare, flowers gone. Animals were vanishing too, as winter is free of frogs, turtles, snakes, woodchucks, bats, butterflies, mosquitoes (yay!), and so much more. And while we now know that some creatures migrate south while others hibernate underground, the ancients didn’t know that. Animals seemed to just disappear. In winter, it was as if nature was being snuffed out.

The world was also getting darker this time of year, with the sun setting earlier, daylight dwindling, and each day colder and darker than the one before.

To explain the winter, cultures invented great stories to explain what was happening. So brave heroes were slaying dragons that were holding nature captive, or fearless animals were grabbing pieces of the sun and flying back to the north with light and heat. One common theme in these stories, and the celebrations that arose around the stories, was the loss of sunlight during winter, and burning large fires to urge the light to return. Persians burned big wooden effigies of Tiamat the dragon that slayed nature; Scandinavians burned massive bonfires so big the gods could see them.

And we moderns put lights up everywhere, literally lighting the darkness, responding to our inner ancient who worries the sun may not be coming back. Even Hanukkah, the season my family celebrates, resonates with the wish to light fires in an increasingly darkening world. Hanukkah (early this year and long over) formally begins on the new moon of December– the darkest night of the darkest month.

Another persistent theme in these holidays is evergreens. To the ancients, at a time where everything was apparently dying, evergreens seemed to possess a special magic that allowed them to beat winter.  Whatever was happening to green plants was not happening to evergreens. So people began bringing these special plants into their homes, praying whatever magic the plants possess would infuse their homes as well.

Hollies are even better. They not only retain their deep-green deciduous leaves in winter—unlike most other leafy plants—but they also sport bright red berries to boot.  Leaves AND fruit in winter—this plant is doubly powerful! Hollies ultimately became the symbol of the solstice, and when Christmas began being celebrated, that symbol transferred to the new holiday, lending Christmas its official red-and-green color scheme.

Which also explains mistletoe. In Europe, mistletoe is a rootless parasitic flowering plant growing high up in trees, clustered on branches, the plant using those branches to get sunlight. It’s evergreen in the winter, and better, has bright white (poisonous) berries in winter as well. To the ancients, especially those Druids of Stonehenge fame, mistletoe had magic on par with holly. It’s got leaves and fruits in the winter—and doesn’t even need soil. THAT’s magic.

Norse mythology holds that a spear made of mistletoe was used by that crazy god Loki to kill Odin’s son Baldur, whom he loathed. Frigg, Baldur’s devastated mother and the goddess who lent her name to Friday, cried tears that turned into mistletoe berries. The Norse then decreed that mistletoe would never again be used as a weapon, and Frigg herself would kiss anyone who passed beneath it. That story morphed into today’s tradition.

So while you decorate your home and office with nature’s symbols of the seasons, remember that so many of the symbols are based on terrified people unsure that nature would ever return in the spring.

Kind of like us this winter– terrified what omicron might do this winter, sick of two full years of pandemic holidays.

Those evergreens and candles, mistletoes and menorahs, were once talismans that hoped to revive nature in the spring.

Whichever holiday you celebrate, Christmas, Hanukkah, Kwanzaa, or even the Festivus of “Seinfeld” fame, joyous holidays to you and your family.

If you want to learn more about the traditions and symbols of the season, register for our special “Secrets of the Solstice” free online lecture on Tuesday, December 21 at 7:00 p.m.