The Schuylkill Center
We All Fall Down
Blog 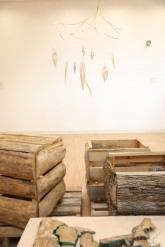 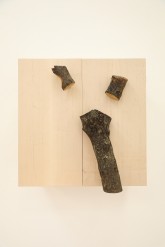 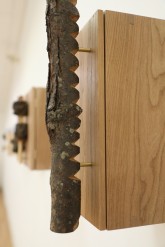 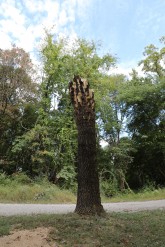 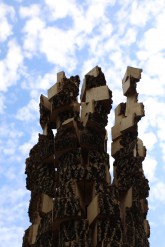 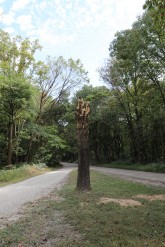 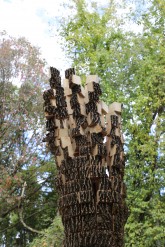 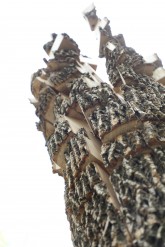 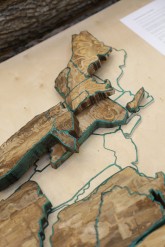 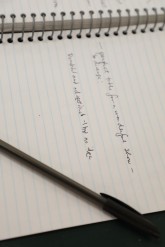 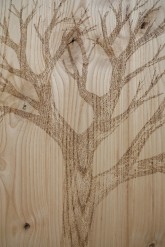 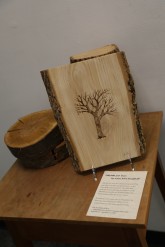 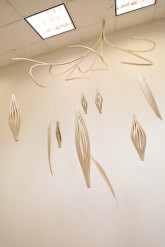 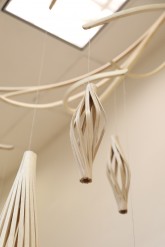 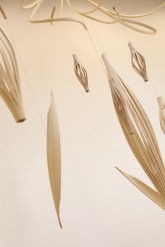 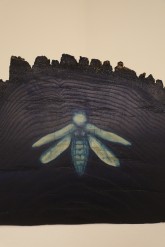 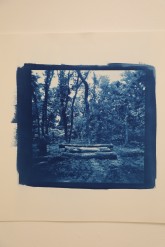 We All Fall Down: Artists Respond to the Emerald Ash Borer

A STEAM project sponsored in part by the Philadelphia Science Festival

Since the emerald ash borer arrived in the United States in the midwest in 2002, it has rapidly decimated many forests, resulting in the death of millions of ash trees. With a 99% kill rate, it will sweep through our area like a wave and wipe out all of Philadelphia’s ash trees in the next 5-10 years. The emerald ash borer and its distinctive D-shaped bore hole was first seen at the Schuylkill Center in Summer 2018, and with some areas of the Schuylkill Center property having as much as 50% of its canopy composed of ash trees, the ash borer will have a significant impact on our ecosystem.

Wood from impacted ash trees was made available to six artists (Nancy Agati, Laurie Beck Peterson, Anthony Heinz May, John Kuiphoff, Brian Skalaski, and Janine Wang) to create new artworks for the Schuylkill Center’s gallery and trails that call attention to and educate about the emerald ash borer and other threats to Philadelphia’s trees. We All Fall Down: Artists Respond to the Emerald Ash Borer took this unfortunate opportunity to make the impacts of this invasive insect more visible and understandable.

The opening reception took place on Thursday, September 19 from 6-8pm, and included artist talks, refreshments, and a short guided walk to the site-specific works.

Anthony Heinz May created a site-based sculpture from a standing dead ash tree, calling attention to the relationships between humans, nature, and technology. Laurie Beck Peterson documented the changing Schuylkill Center forest, photographing ash trees and transposing cyanotype versions of the images onto ash logs on the trails and in the gallery. John Kuiphoff created a lasercut image of an ash tree composed of 200,000 dots, the estimated number of ash trees in Philadelphia. Nancy Agati created sculptural shipping crates, alluding the the dispersal pathway of the ash borer and many other invasive plants and animals.