Roxborough’s River and Water: A History 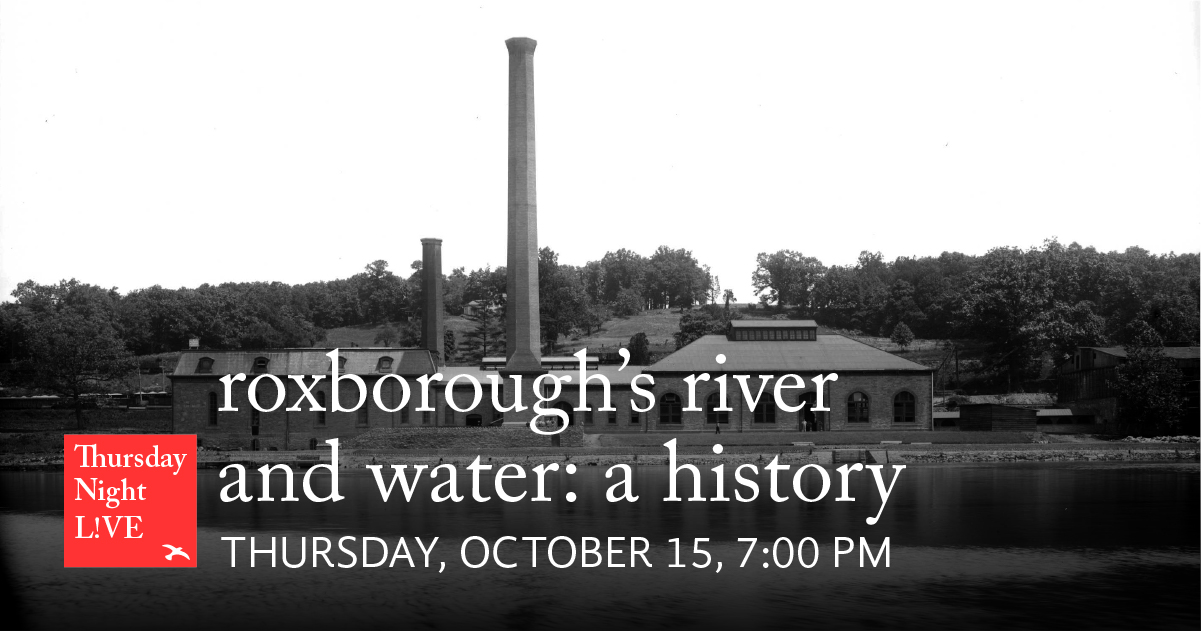 For almost 100 years the Roxborough Pumping Station, just above the Flat Rock Dam, was a landmark on the Schuylkill River, pumping water into two reservoirs on high ground to serve the city’s northwestern section. In this illustrated talk, Adam Levine, historian for Philadelphia Water, reveals why the system was built, how it worked, why it was abandoned, and its ultimate dereliction and demolition in 2011. River pollution and flooding, drownings, water filtration, the revitalization of the reservoirs as parkland, and the planned restoration of the canal locks at Flat Rock will also be discussed. Adam Levine has been researching the history of the city’s water system since 1998, and this brand-new talk is not to be missed. His website is phillyh2o.org.

This event is part of #RiverDays a month-long recreational event series hosted by the Alliance for Watershed Education (AWE) of the Delaware River and supported by The William Penn Foundation.  AWE is comprised of 23 environmental education centers in New Jersey, Pennsylvania, and Delaware. Each of these centers is located along a Circuit Trail or major connecting trail, and on waterways throughout the Delaware River watershed.